Just for fun, I decided to enrol in the course of domesticity that teaches students how to become proficient in managing home-related issues. There is a bit of grilling, some cooking, the arrangement of furniture and making of common household necessities. It was really such an experience and I learned a lot from the course.

What took me by surprise was the part of the course that teaches us how to create the basic necessities that we use at home like dishwashing liquid, candles, among others. What surprised me more was the making of soaps and detergents. There's really nothing revolutionary about the making of soap. What strikes me is one of the ingredients, caustic soda. 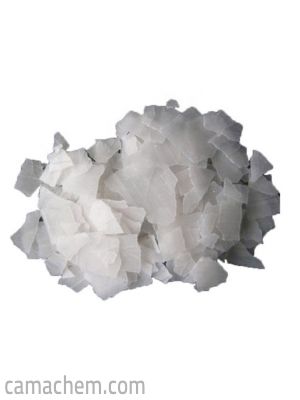 It is commonly known as sodium hydroxide, a substance as dangerous as it is useful. If I had not attended that course, I would not know that such a harmful substance is being used to create something that we use in our everyday lives. The lecturer even reminded us that it is important to carefully monitor how much NaOH we add to the soap or detergent we make as it could be dangerous.

I thought, "If a substance that is really dangerous, then why to include it as an ingredient in making soap?" The course facilitator explained that the use of caustic soda for soaps did not start until the 19th century. Before that, lye water was used in making soaps. However, the kind of soap produced was soft and was difficult to store and ship.

Caustic soda was first introduced by Nicolas Leblanc, a French chemist. Then, Ernest Solvay, a Belgian chemist, decided to improve the way how the sodium hydroxide used in the manufacture of soap and this increased the quality of many soaps. The soap produced with the new way of using NaOH was much harder and easier to store and to distribute to other places.